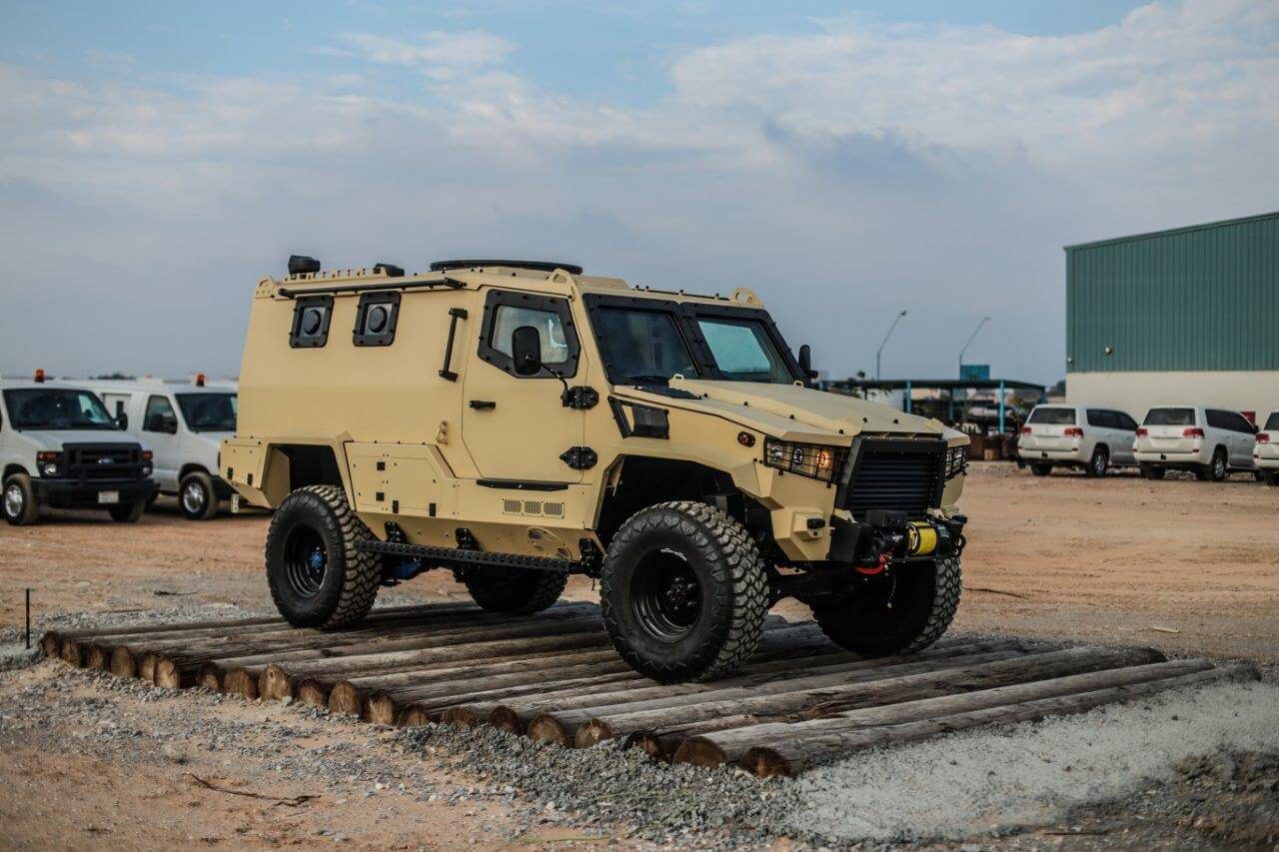 The government of Chad has contracted the renowned US-UAE-based armored vehicle supplier The Armored Group (TAG) to replenish its inventory in the aftermath of recent rebel attacks. When this request was submitted, the country was undergoing increased turmoil most noteably due to the assassination of the country's president, Idriss Deby, in April 2021. Therefore, it is not surprising that the government has decided to consult with the armored vehicles firm over the delivery of armored fleet vehicles for military and law enforcement purposes.

The Armored Group (TAG) is a highly acclaimed manufacturer and retailer of armored cars, trucks, and military vehicles in the United States and around the world. It is currently within our capability to develop, construct, build, or modify tactical vehicles for use in any terrain or environmental conditions that offer the most advanced bullet-resistant protection available today.

Our armored vehicle specializations include armored personnel carriers (APC), personal protection vehicles (PPV), cash-in-transit (CIT) vehicles, and military vehicles. All our manufacturing processes meet and exceed Federal Motor Vehicle Safety Standards. From the parts utilized to the services offered, we are committed to using the most cutting-edge technology available in every situation.

Since Chad gained independence from France in 1960, the country has been plagued by internal turmoil, coups d'états, and civil strife. As soon as the country gained independence, the Central and Northern regions felt disenfranchised by the newly formed administration. Because of this history of underlying mistrust, the present rebel movement known as the Frontier for Change and Concord in Chad (F.A.C.T) has been able to gain momentum, culminating in the assassination of President Deby in April 2021. Armed and funded by former Libyan dictator Muammar Gaddafi, this movement poses a grave existential threat to the N'djamena government.

While the French government has historically supplied military equipment to Chadian troops, this has not always been on time. In the interim, the Chadian government has been forced to seek assistance from private groups such as The Armored Group. Recently, the company supplied several dozen armored vehicles to the government.

To meet the specific requirements of the Chadian army, these vehicles have been modified and prefabricated with the most advanced live-fire and ballistics protection on the market. This includes the installation of an additional forward-facing fire position on the passenger side of Toyota Land Cruiser 79 pickup trucks. These are meant to be as adaptable and resilient as possible to repulse the advancing rebel onslaught on the capital N'Djamena.

In order to successfully repel the rebel advance, the government of Chad needs specially modified tactical armored vehicles which can withstand a wide range of live fire and ballistic threats. This is precisely what The Armored Group excels at. After closely consulting with Chadian military officials, we have designed and delivered 60 specialized vehicles that are designed to offer maximum protection to both passengers and their equipment.

Do you need additional information about our services? At The Armored Group, we strive to keep the cost of our armored vehicles low without compromising quality or performance. We offer the highest quality new and pre-owned armored and bulletproof vehicles for sale or lease. For additional information, contact us today.