The Armored Group Vehicle Passes 15KG Blast Test at 2 Meters, on the Driver and Passenger Side

September 28, 2018
Home » Newsroom » The Armored Group Vehicle Passes 15KG Blast Test at 2 Meters, on the Driver and Passenger Side

The Armored Group (TAG), a leading worldwide provider of armored vehicles, recently tested their patented armoring technique, which withstood 30 KG blast tests at close range. The test was conducted by a leading independent third party, at their test facility in Texas, on May 3rd and 4th.  The vehicle tested, a Toyota Land Cruiser 200 that was up-armored by The Armored Group, was hit by 15kg TNT blasts on both the driver and passenger side at 2 meters.  The third-party testing house certified that the vehicle withstood the blasts in accordance with the requirements of the vehicle acceptance test (Blast Certification) by full scale trial according to the VPAM standard – ERV 2010 (VR6/VR7).  This same type of armor is available for other vehicles, making them some of the most highly protected vehicles on the market.

Most armored vehicle manufacturers conduct blast tests at a farther range, typically 4 meters, which lessens the direct impact to the vehicle. The successful results of this recent test at such close range makes it a highly-desirable vehicle for those looking for the highest degree of protection for law enforcement, SWAT, military, government agencies and others that require added safety.  The TAG Research and Development Team created this new armored build design to raise the bar on vehicular safety for anyone in the line of heavy artillery fire and blast threats.

“Our team is constantly striving to find new and better solutions to keep first responders, military personnel and others safe from harm. The certification of the 15KG TNT blast test at just 2 meters on both, the driver and passenger side of the vehicle, achieves this goal. Because this same armor can be used on other vehicles, it enhances the versatility of our products and vehicles, offering the highest level of personal protection,” said Robert Pazderka, President and Founder of TAG. 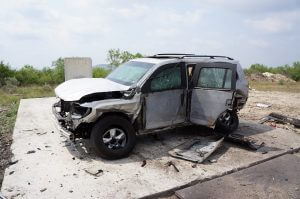