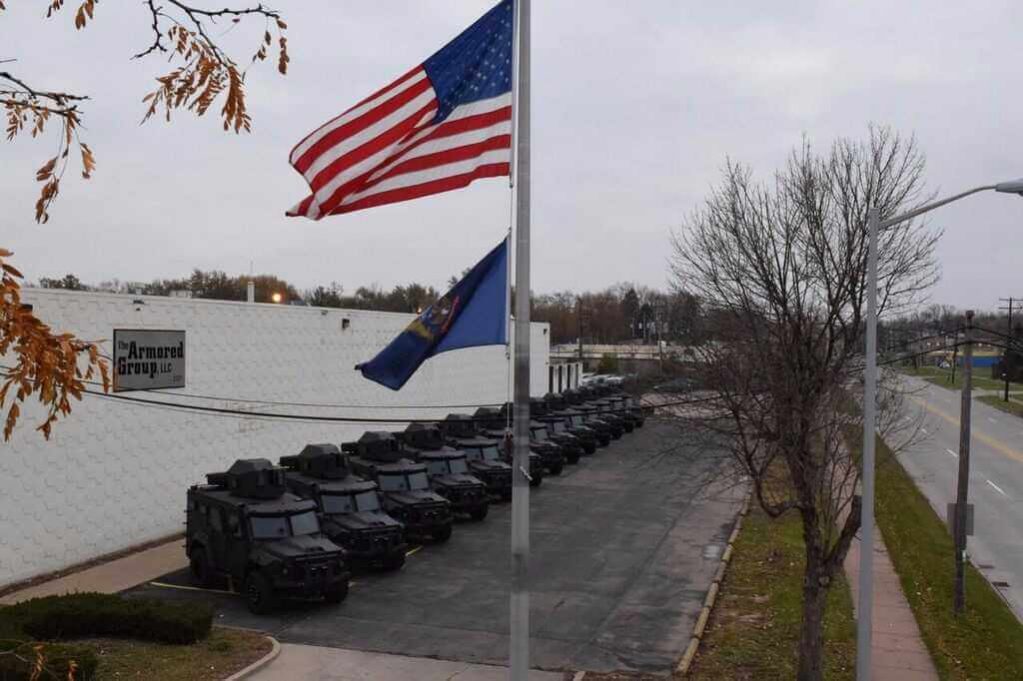 The Armored Group (TAG), a worldwide provider of armored and highly specialized vehicles, announced they are celebrating their 25th anniversary this month. Starting as a cash-in-transit (CIT) business in 1992, the company has expanded to include armored vehicles used by law enforcement, SWAT, police, tactical and individuals needing the highest level of personal protection. Today, the company is one of the largest full-line commercial armored vehicles suppliers with manufacturing facilities in the U.S., Canada, Dubai, India and now in Germany with their recent acquisition of JPA Armoring & Fahrzeugbau Stadthagen GmBH.

Below is a timeline of milestones leading TAG’s growth over the last 25 years:

“Over the last 25 years, we have seen The Armored Group grow from a company in a niche market, cash-in-transit vehicles, to a leading manufacturer of armored and non-armored vehicles around the world,” said Robert Pazderka, founder and president of The Armored Group. In the last five years especially, TAG has experienced impressive growth. We have a talented management, manufacturing and sales team in place that design, manufacture and deliver state-of-the-art vehicles based on clients operational needs.

Today, The Armored Group, LLC has grown to become one of the largest full-line commercial armored truck suppliers in the country, and continues to set the standard for customization, reliability and protection.

About The Armored Group:
The Armored Group (TAG) has over 25 years of experience engineering, designing and manufacturing armored and non-armored vehicles for use by government military agencies, law enforcement, private businesses, and individual citizens needing a high level of personal protection around the world. TAG engineers, designs, manufactures and modifies vehicles for any terrain and any environment.

TAG provides the highest quality armored vehicles available and sets the standard for customization, reliability, and protection. To ensure that all TAG vehicles meet the highest standards of safety, they undergo extreme ballistics testing and have received VPAM-BVR 2009/VR7 and VR9 Ballistic and /ERV 2010 Blast Certification with up to 18,5Kg TNT for their Toyota Land Cruiser and Toyota Hilux, Toyota 70 Series, Nissan Patrol and Lexus LS460 armoring solutions.

All TAG facilities are ISO 9001 certified and managed by fully qualified and experienced professionals who serve customers around the world.

TAG is a full-line manufacturer of armored and specialty vehicles and has provided customized engineering, design and manufacturing solutions to the highest-level clients in the world. Some of them include: U.S. Navy – SPAWAR, DOS, DOD, USSOCCENT, USSOCOM, U.S. Army and Air Force, United Nations, NGOs, KBR, Lockheed Martin, DynCorp, Loomis, Brinks and many foreign governments and agencies.